Breathlessly, the first third of the Torah runs through stories of creation, accounts of love and rupture in the pre-Israelite and Israelite family, reports of slavery experienced and slavery escaped, and rules governing all sorts of circumstances.  Over the course of this telling, the Torah builds theological, emotional, moral, and legal superstructures.  But then in parshat Terumah, the race to tell a human, and then national, story takes a pause.  The biblical focus turns to an infrastructure project, the building of a tabernacle as a location for divine rest.
Notwithstanding the contrast between the frenetic energy of earlier biblical narratives and the calm epitomized by the idea of a holy sanctuary, two phrases appearing early in Terumah make clear that divine rest is hardly passive.  An opening passage in the parsha (Exodus 25:2) calls for donations for the construction project “מֵאֵ֤ת כָּל־אִישׁ֙ אֲשֶׁ֣ר יִדְּבֶ֣נּוּ לִבּ֔וֹ – me’eyt kol ish asher yidveynu libo – from every person whose heart so moves him.”  The Chatam Sofer reads this verse about a rest-evoking structure as linking heartfelt human gift-giving with God’s grant of the world to humankind, as if to suggest that God expends effort to provide us with a restful world and expects us to reciprocate.  Then we read that God wishes “to dwell among the people.”  (Exodus 25:8).  The Hebrew word “וְשָׁכַנְתִּ֖י – v’shachanti – and I will dwell” used here is related to the word for “שׁוכֵן – shocheyn – neighbor.”  Perhaps this constitutes a godly foreshadowing of a response to the question of the inimitable Mr. Rogers:  “Won’t you be my neighbor?”  God tells the people, “I will be your neighbor,” with all the mutual responsibilities to protect, with vigor, both shared space and overlapping sensibilities that tranquil neighborliness requires.
The idea of active divine repose calls to mind the popular image of the Garden of Eden – a place whose features, in John Milton’s words, “dispos’d All but the unsleeping eyes of God to rest.”  (Paradise Lost, Book V).  But God instructed Adam not just to rest, but “לְעָבְדָ֖הּ וּלְשָׁמְרָֽהּ – le’ovdah u’li’shomrah – to till and to tend” the Garden.  (Genesis 2:15).  In our post-Eden era, we have only the world that we know to till and to tend.  To do that, we might think about another set of instructions concerning land use: the rules of Shmita, a sabbatical that reflects a divine concept of rest by encouraging us to till the land when we should do so and, when the land deserves a break, to use the opportunity to consider how best to tend it. 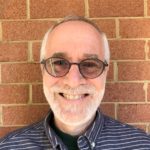 Judry Subar, who lives in Potomac, Maryland, spent most of his professional career as a lawyer with the federal government in Washington, DC.  Since his retirement, Jud has been involved in various writing and educational projects.
Shmita Friday is just one piece of a large conversation that has been ongoing for a long time! We’d love to hear what you think – post a comment below, join our facebook group, and start talking about shmita with your friends and family.