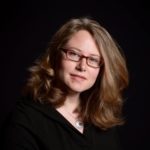 Deirdre Gabbay founded Ahavat v’Avodat HaAdamah, “Love and Service of the Earth,” in 2015 to establish an environmental presence for the Pacific Northwest rooted in Jewish text, tradition and practice, specifically to support a response to climate change. She teaches and speaks in a variety of settings on Jewish ethics relating to Earth care and the environment. Deirdre is a member of Congregation Beth Shalom. Together with her husband, Michael Gabbay, she is raising a family on Queen Anne. She blogs at www.shmitainseattle.com.